According to the U.S. Department of Justice Bureau of Statistics, property crime makes up slightly more than three-quarters of all crime in the United States. Not only that, in about 84% of all burglaries, the offender gained entry into the victims residence or other building on the property. And today, crime extends far beyond the doors of your home. The U.S. Postal Service recently reported ten million incidents of identity theft in the United States.

In this issue of the "Insurance Reporter," we focus on protecting yourself and your loved ones from burglary and crime. How can you feel empowered instead of frightened? How do you improve security at your home? Are guns in your household really the way to go? Read these stories and more to get some of the facts you need to make safety improvements in your life.

We appreciate your continued business and look forward to serving you.
Regards,
Karl D. Susman 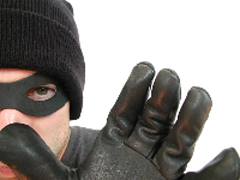 Safety Expert Shares Tips To Feel Empowered Instead Of Frightened
At some point in your life, you may run the risk of being a victim of crime.
Instead of feeling frightened, however, safety expert Tom Patire says you can feel empowered if you know how to protect yourself.
Patire’s newest book, "Personal Protection H andbook," is full of tips for protecting yourself and your family. When he wrote this book, he went right to the source, talking to people who were serving time. They all told him, "We didn’t choose the victims, they chose themselves."
Patire tells The Early Show co-anchor Rene Syler, "The bad guy is st anding in the wings looking around and sees the person on the cell phone looking at the ground or the air and they become an easy mark. Most people will park their car real quick and rush to the store and forget where they parked their car and w ander loosely around out there and who comes? The bad guy."

How to Protect Your Home From Burglars 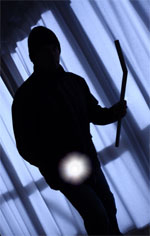 Get Tips on Making Your House Safer When Thieves Come to Call
Ridgewood, N.J., schoolteacher Noreen Clark was sure her home was safe from an intruder invasion. The daughter of a retired police officer thought a security system she had installed when she purchased her home last December would prevent burglary.
She also changed all the locks, and if that didn’t work, there was always her golden retriever Jack.
"I feel very secure here. I feel that, on a scale of one to 10, I’m close to a nine or a 10," Clark said.
She was so confident that she agreed to let "Good Morning America’s" safety and security expert Bill Stanton come out and audit her home. 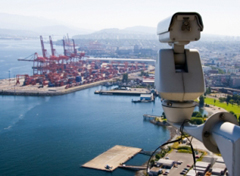 It didn’t take long for video images of the crash of the US Airways plane in the Hudson River to be available everywhere. The crash was recorded by a security camera, one of the most prevalent uses of technology in crime prevention. Moreover, a recent article in Parade magazine stated that Las Vegas was the best place in the country to have a heart attack, with a 67 percent survival rate. The remarkable rate was attributed to the vast amount of human and electronic security present in Las Vegas casinos and on Las Vegas streets. The Parade article also stated that the survival rate in Chicago, where there are no casinos, is just 2 percent. Technology has changed our world.

According to the U.S. Postal Service, there were almost ten million incidents of identity theft in the United States in 2004 at a cost of $5 billion to consumers.
Victims report spending 30 hours, on average, cleaning up after an identity crime at an average cost of $500.
It’s in the newspapers every day and on the news every night. People worry that someone will run up charges on their credit card or fleece their bank account while their back is turned. There is reason to worry. All a thief needs is your Social Security number to commit identity theft. This crime is relatively easy to commit, but investigating and prosecuting it is complex and time-consuming. But once you know the facts and some preventive measures you can take, you can win the fight against identity theft!

Lethal Weapons In The Home 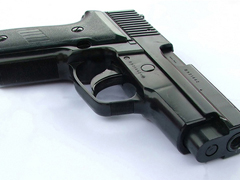 Picture this. It’s late at night and you hear a noise at the back door or a window inside your home. You get up to investigate and find an intruder breaking into your home. What would you do?
The first answer is to call the police, but in the time it takes for them to arrive, a criminal may harm you or your family. Chances are the home invader will be armed with a knife or a gun, so the job of defender may be left entirely up to you.
Owning A Gun

While it’s always wise to do everything you can to safeguard your home from a break in, if a criminal is intent on getting into your house, chances are they will. This frightening concept causes home owners all over the country to purchase firearms and keep them easily accessible. Simply having the gun can make people feel safer, but if you own one it is vital to learn how to properly h andle, maintain and fire the weapon.
More